Where will you wander next?

What does the app do?

If you love to travel, and want to keep track of where you have been, then Wanderfile is the app for you.

Wanderfile allows you to select the places you have been, layover on a flight or want to go in the future via interactive maps, organised lists or search. 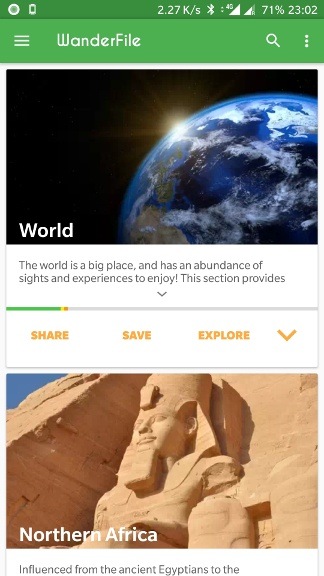 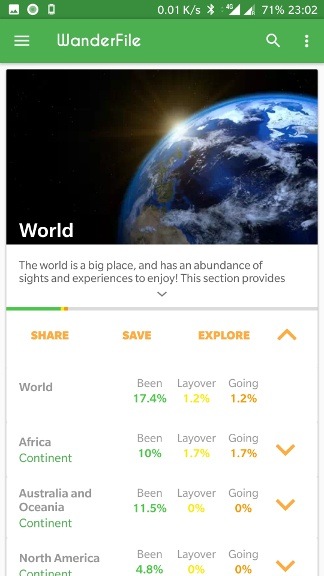 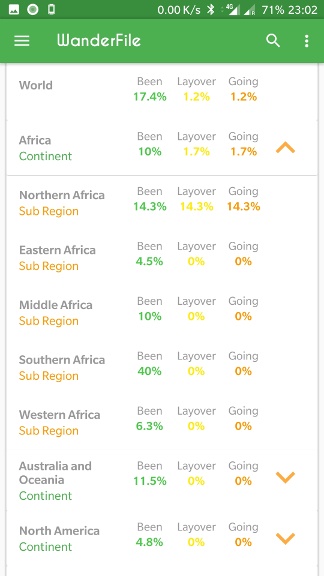 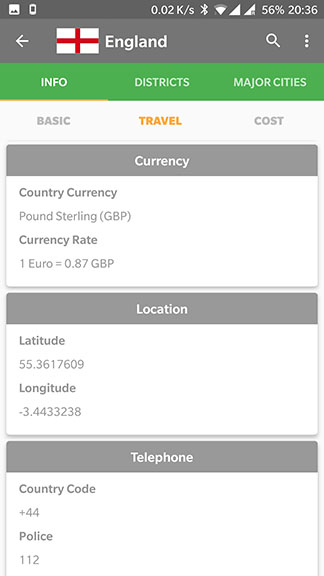 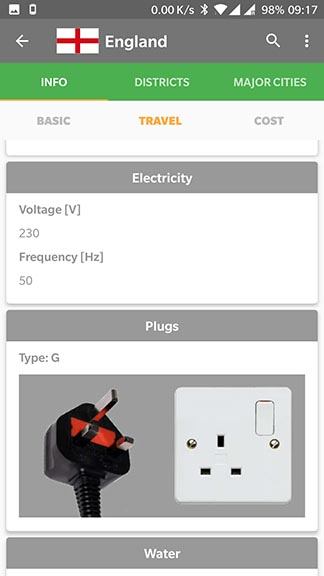 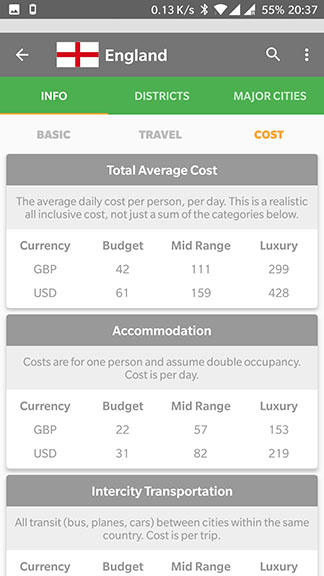 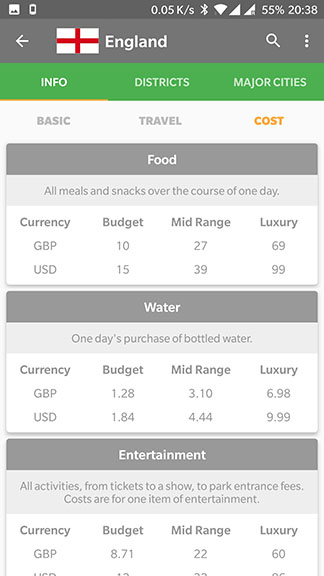 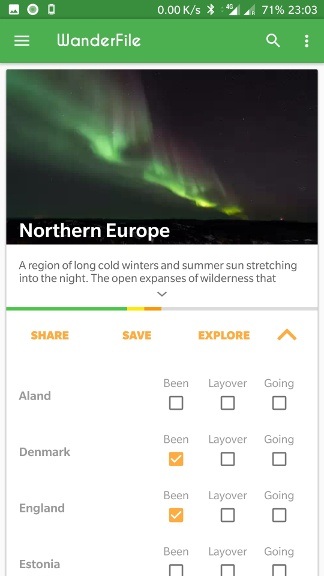 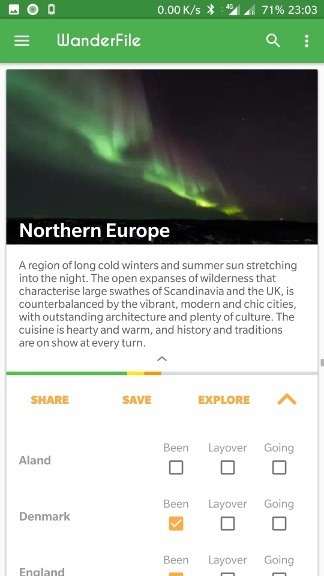 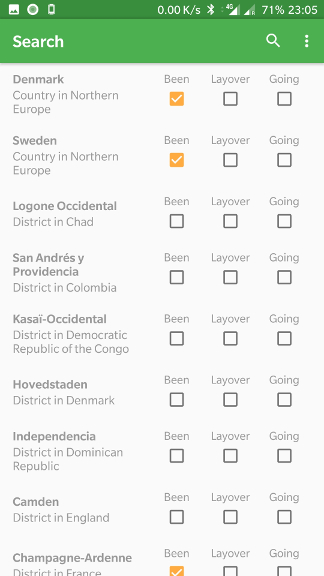 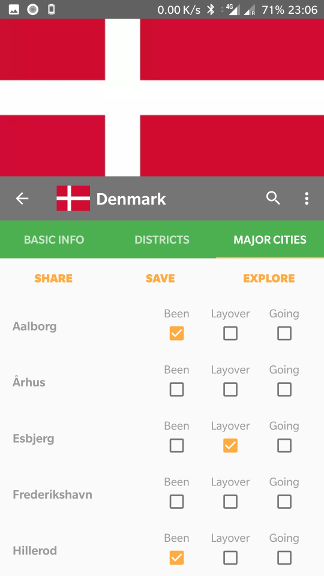 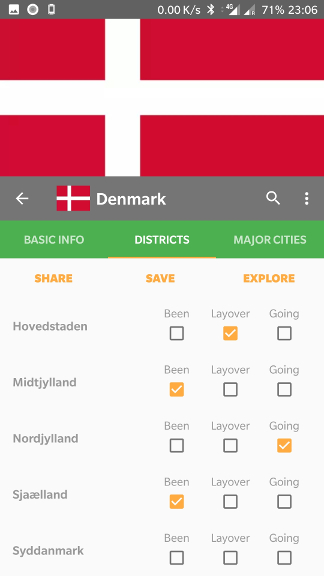 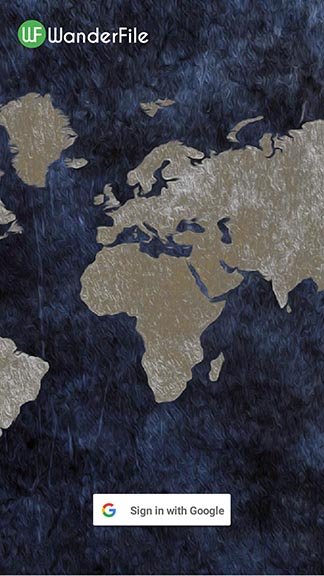 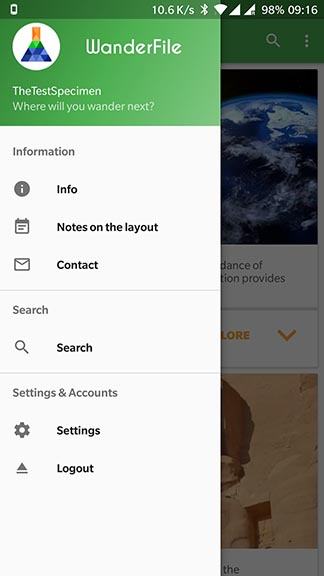 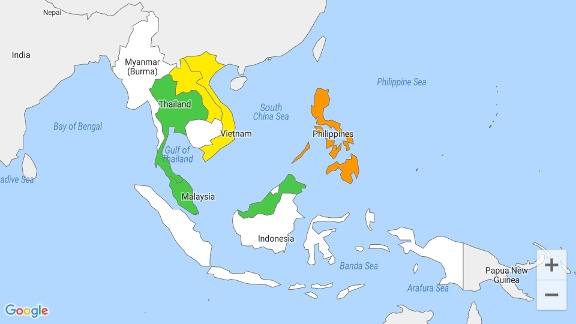 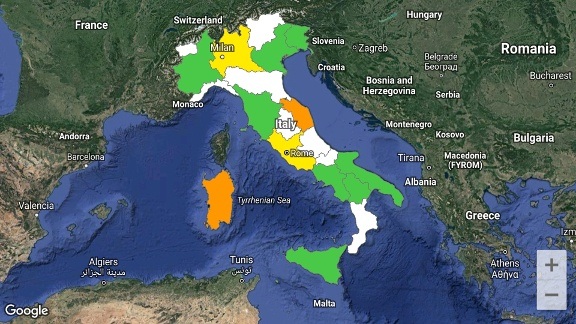 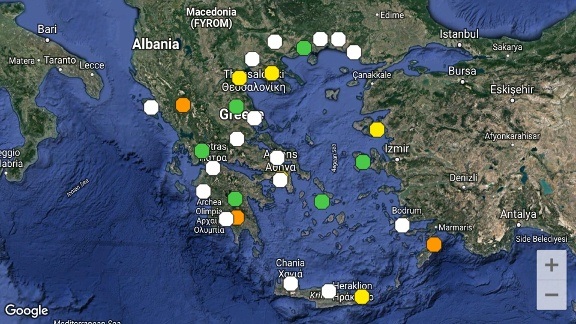 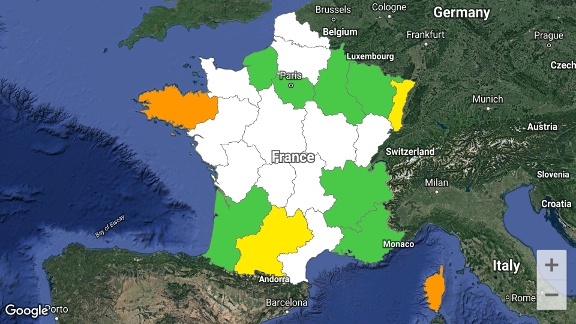 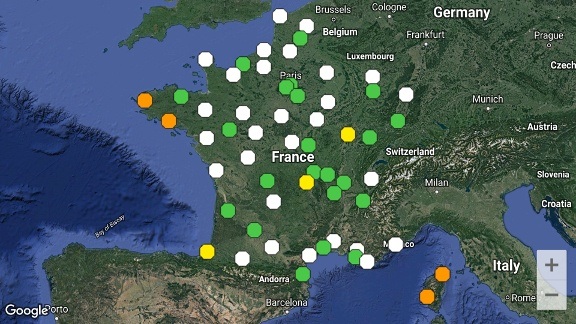 How Does it Work?

You can select the countries you have been to, and then save or share a multitude of maps.

Not only can you record, save and share maps for countries, but you can do the same for the districts (counties, states etc.) and major cities of every country included in the app (assuming the country actually has districts).

There are 258 countries included in the app. You can show each individually by showcasing it's districts or cities...or show all the countries at once on a world map...or break them down into smaller groups such as one of the 7 continents or any of the 25 smaller subregions!

Once you have entered the countries you have been to, either through the provided lists, maps or search; you can then review the percentage of the World, continents and sub regions you have visited in the summary section contained in the drop down area of the World section on the front page.

Apart from the maps you can generate, the app also provides useful and relevant travel information regarding each country in three main sections as shown below:


Click on any of the sections to reveal typical content for that section in the app. In this case the example country is England. 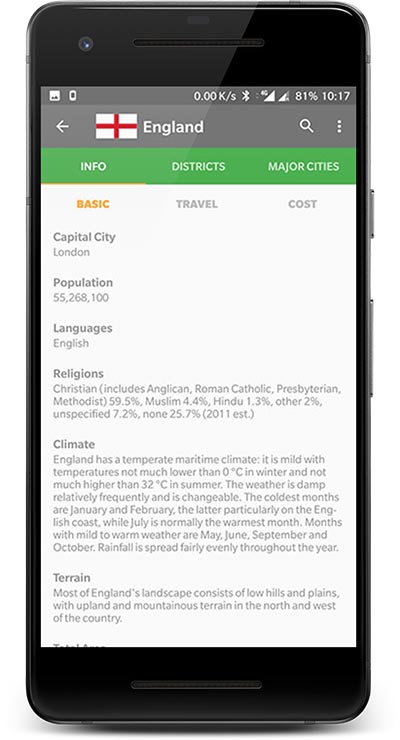 This section is designed to give you the relevant information that you will need to prepare for an upcoming trip or holiday.


For example, what plug sockets does the country use? Check out the screenshot of the app below, and click on any of the headings in the list to see sample content from the app, in this case England: 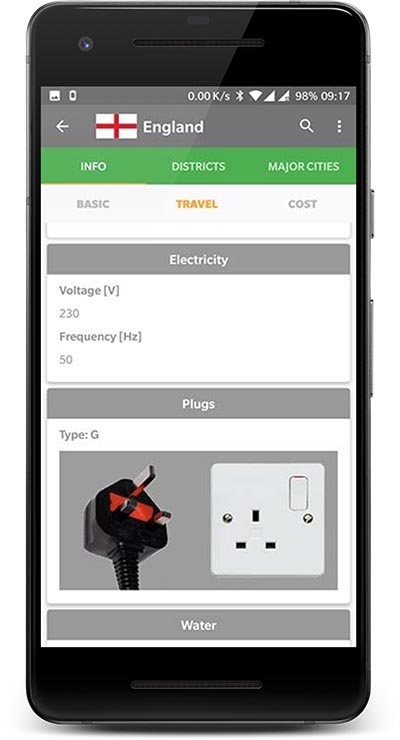 This section is designed to give you the relevant everyday costs associated with the country of interest. This will allow you to plan ahead, and see what money you should realistically set aside.


Each section includes costs for three different budgets: Budget, Mid Range and Luxury. The app will also display all costs in both your home currency and the local currency, so you can get a grasp of conversion rates before hand.


See the list below for the available categories, and click on any item to reveal what costs are included and whether they are per item or per day. 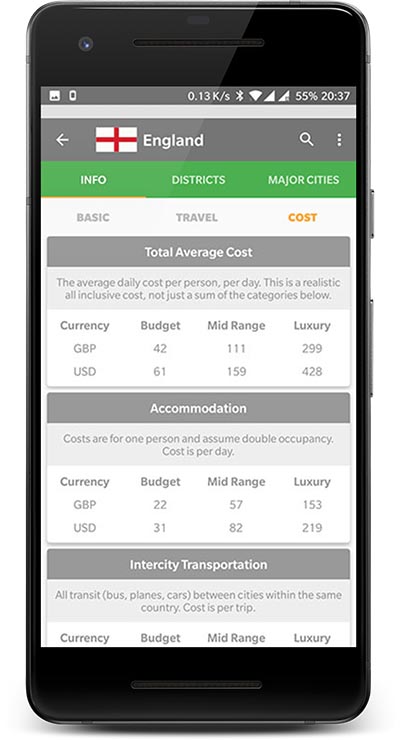 See below for examples of the maps you can share with your family and friends! 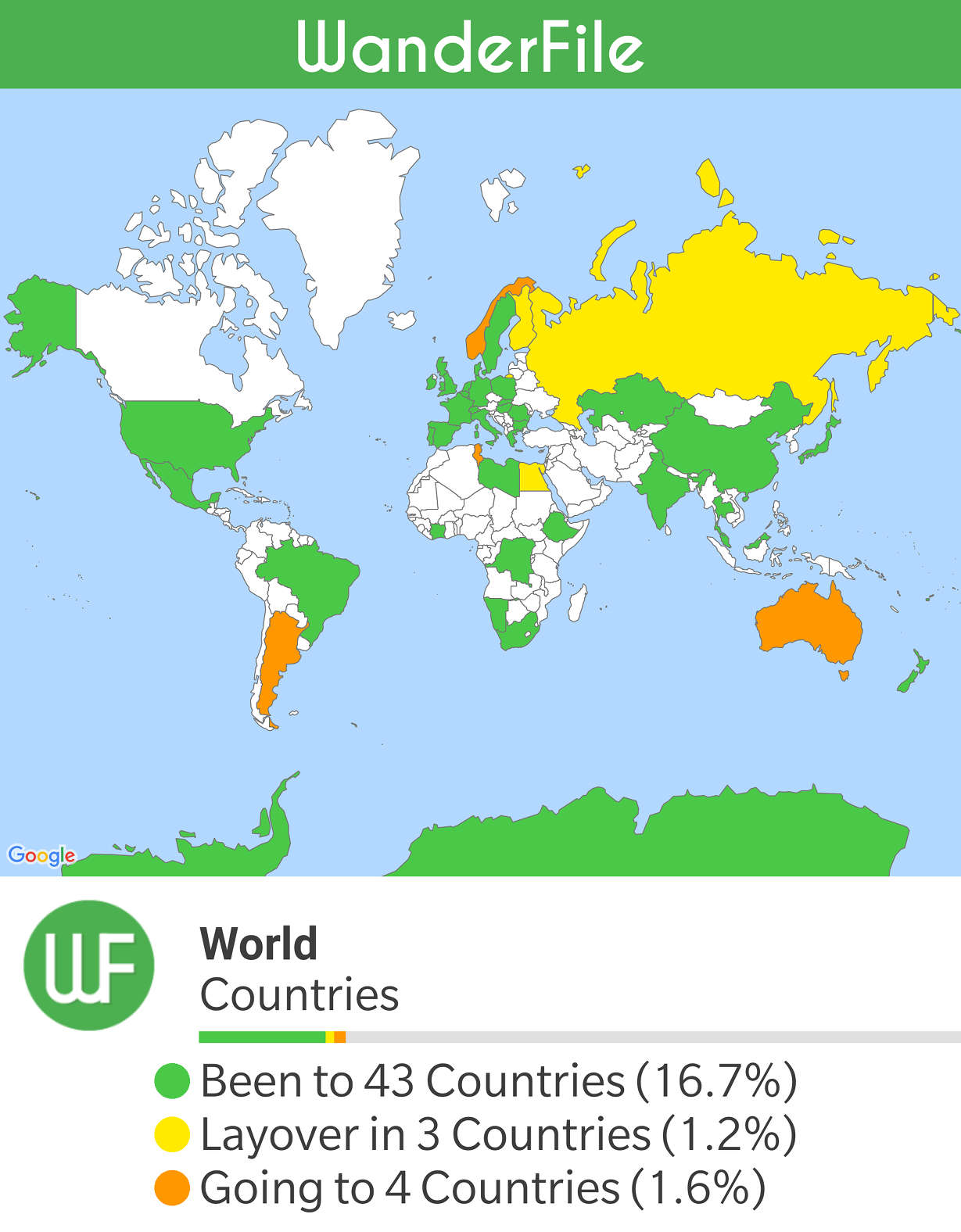 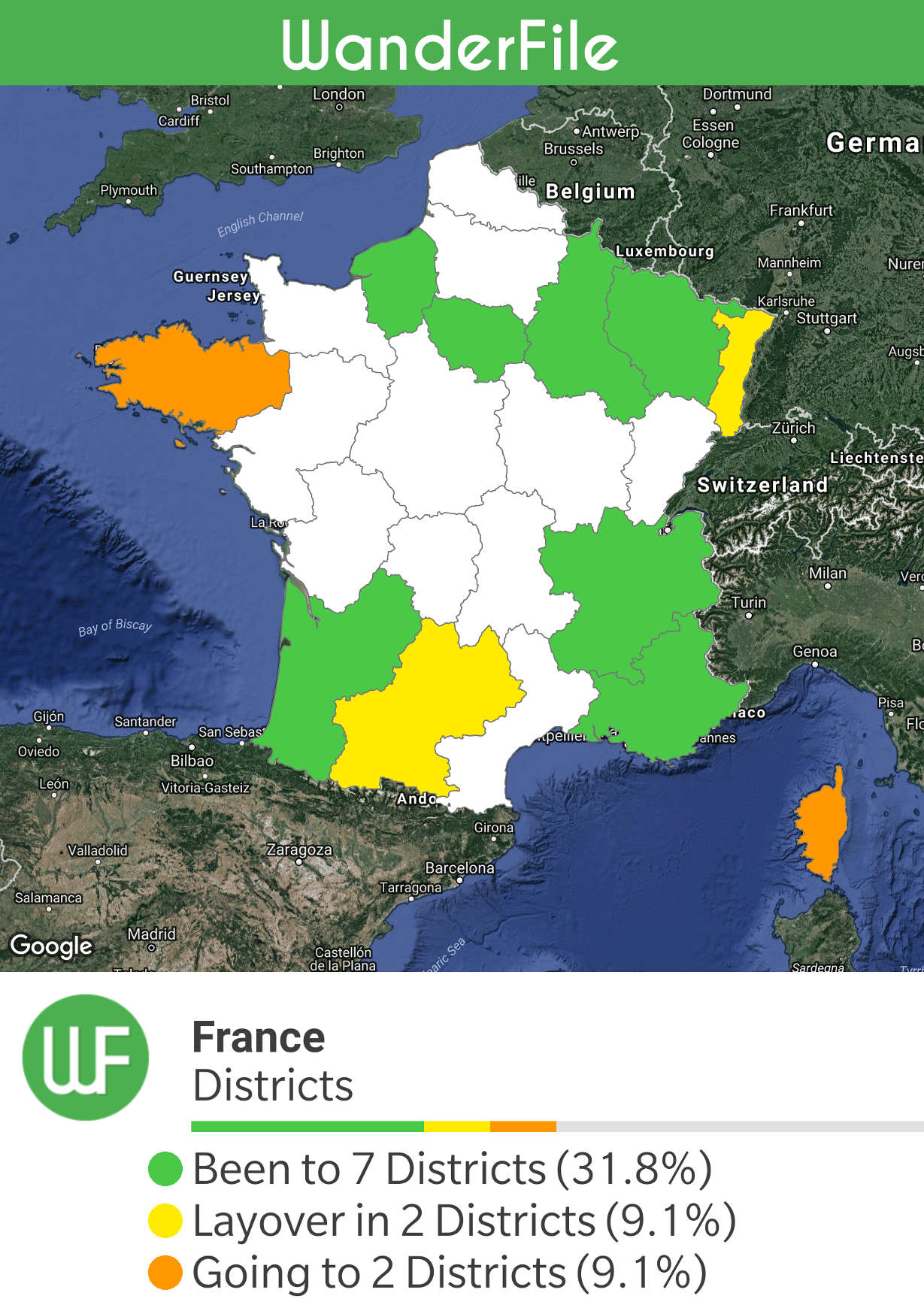 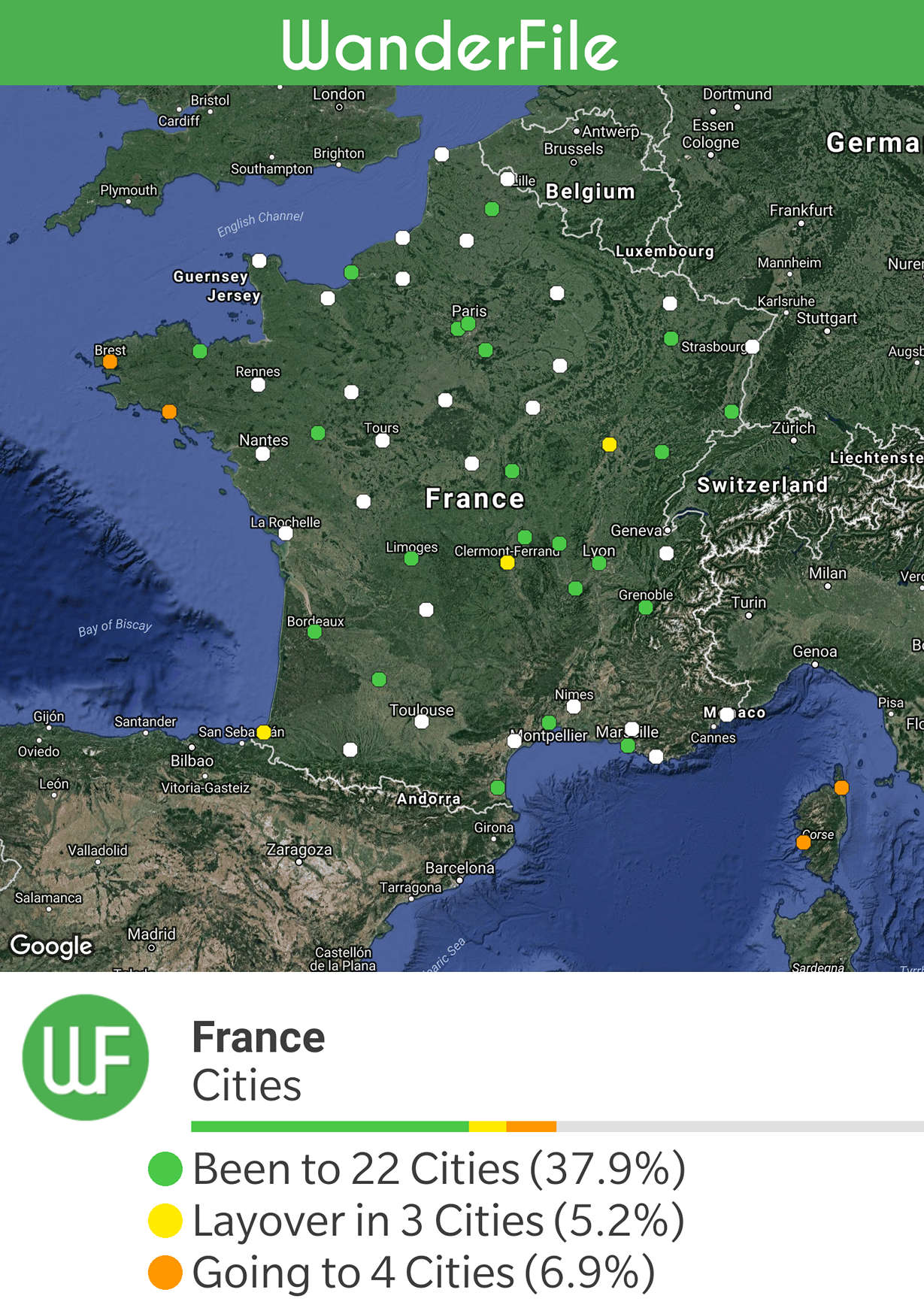 Country maps can be saved for the whole world, as above, or for any of the 7 continents and 25 subregions

District maps are available for every country within the app. With the exception of places that are too small to have districts!

City maps are available for every country in the app. All major cities are included.

Backup to the Cloud

If you log in with your google account you can take advantage of cloud backup, so you never have to worry about losing any of your data!

As you are using the app, the places you select will be automatically synced with our servers. This will ensure that if you switch devices or lose your device, you can get all of your data loaded straight onto another device without going through the whole process again!

Need to restart or want your data removed?

If you want to reset your data to start again, or just remove your data forever, you can do it straight from the settings menu in the app with a couple of clicks. ALL your data will be purged from the app and our server. CAUTION: once you delete the data there is no way to retrieve it!